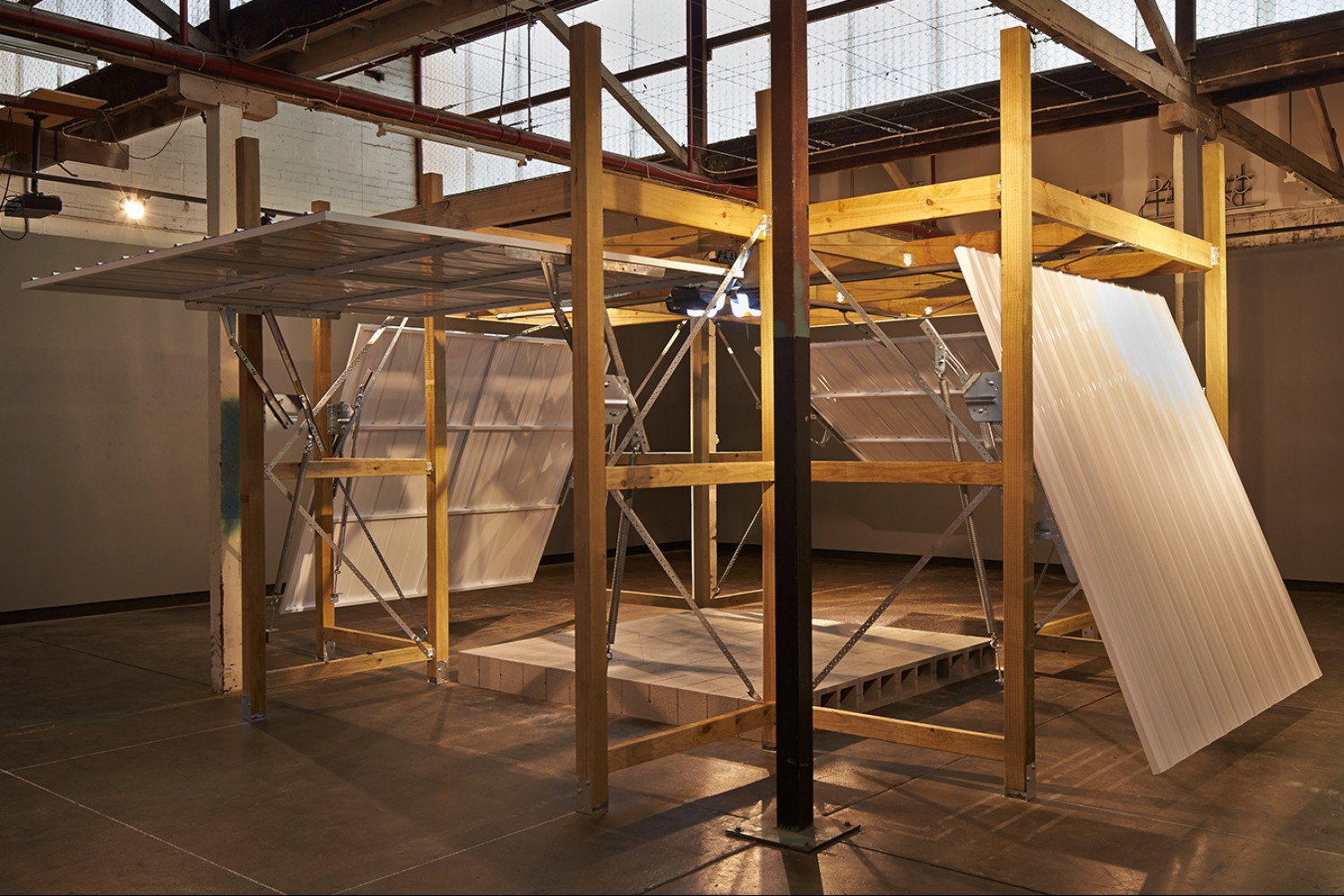 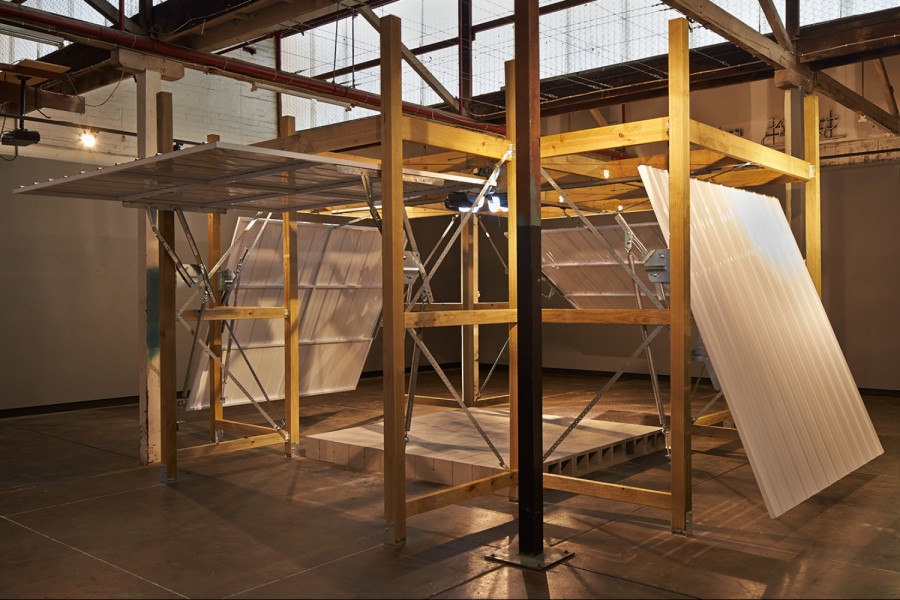 Embassy is a transformation of the ready-made and an exploration of the unconventional. Annie Reid closes in on a new experimental project in Melbourne.

Experimental architect Matthew Bird (Studiobird) and choreography artist Phillip Adams (BalletLab) will collaborate once more as the 2014 Summer Residents at Pin-Up Architecture and Design Project Space, in Melbourne’s inner north. Their installation Embassy is the first iteration of a two-year design research project, and presents as a playground of experimental architecture along with a visual design and performance component, which will be in full effect on opening night.

Bird says: “The premise was conceived in Brasilia, which contains over one hundred foreign embassies. I like the tension created by national architecture in an exotic location, and exploring issues of territory, identity, boundaries and gateways.”

With an open brief plus support by MADA Monash University and curator Fleur Watson, the installation comprises a grid-like frame – referencing modernism – containing four neon white garage doors in a cross section, each operated by a central motor.

On opening night, the some-200 guests will be ushered around the space via markings on the floor. Once safely inside the gallery, the garage doors of the illuminated structure will start to open and close in a balletic sequence, before some of the guests are invited to transfer inside it.

“It’s about moving and ushering people through thresholds,” Bird says. “Phillip is interested in exploring issues of other and the unidentifiable, which I think we’ll find more about on the night.”

For Bird, the architect and Adams, the choreographer, EMBASSY is an evolution of their unconventional work together, which includes Aviary (2011), All Things Return to Nature Tomorrow (2013), and Future Wagon, Melbourne Now NGV (2013-14).

And while both typically layer their work with rich, decorative elements, in EMBASSY the approach has been quite different.

“It just comes back to these four doors, and strips it all back. There is no explicit baroque layering, rather testing spatial thresholds and experience through everyday garage doors and body in motion,” Bird says.