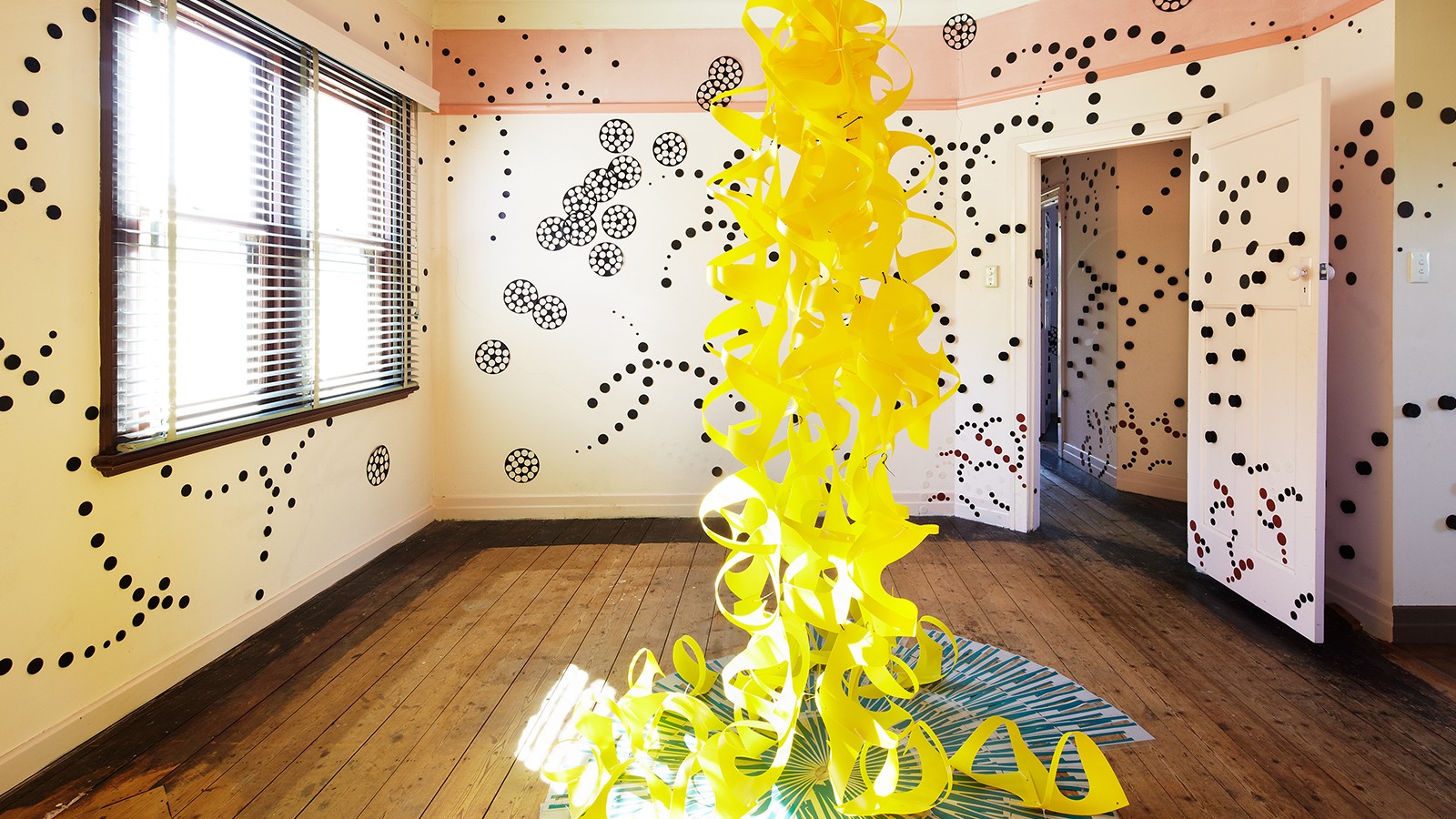 A key characteristic of Domed was the luxury to not only dream but also actualise what it could be like to treat a traditionally domestic space as an ornamental dome. 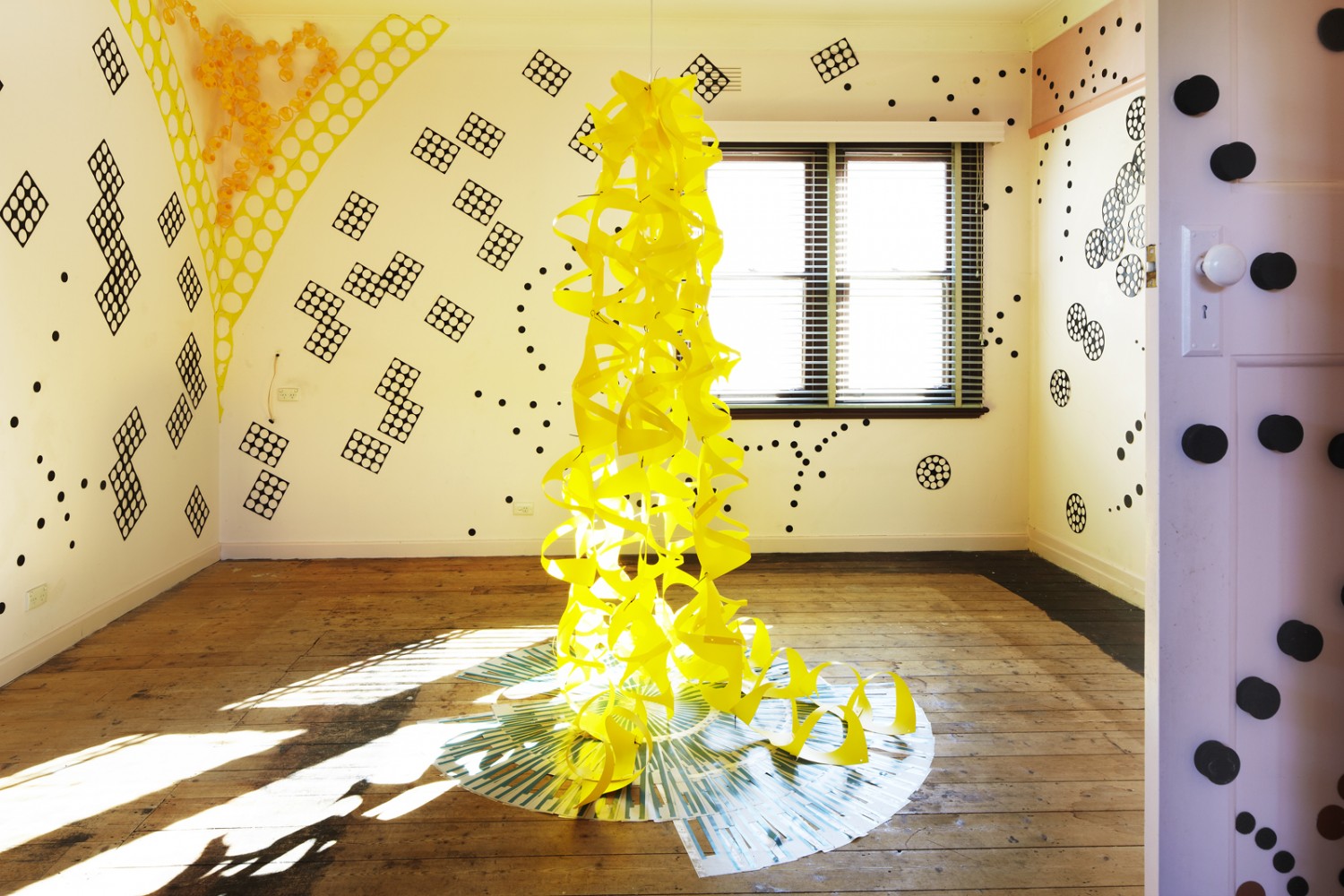 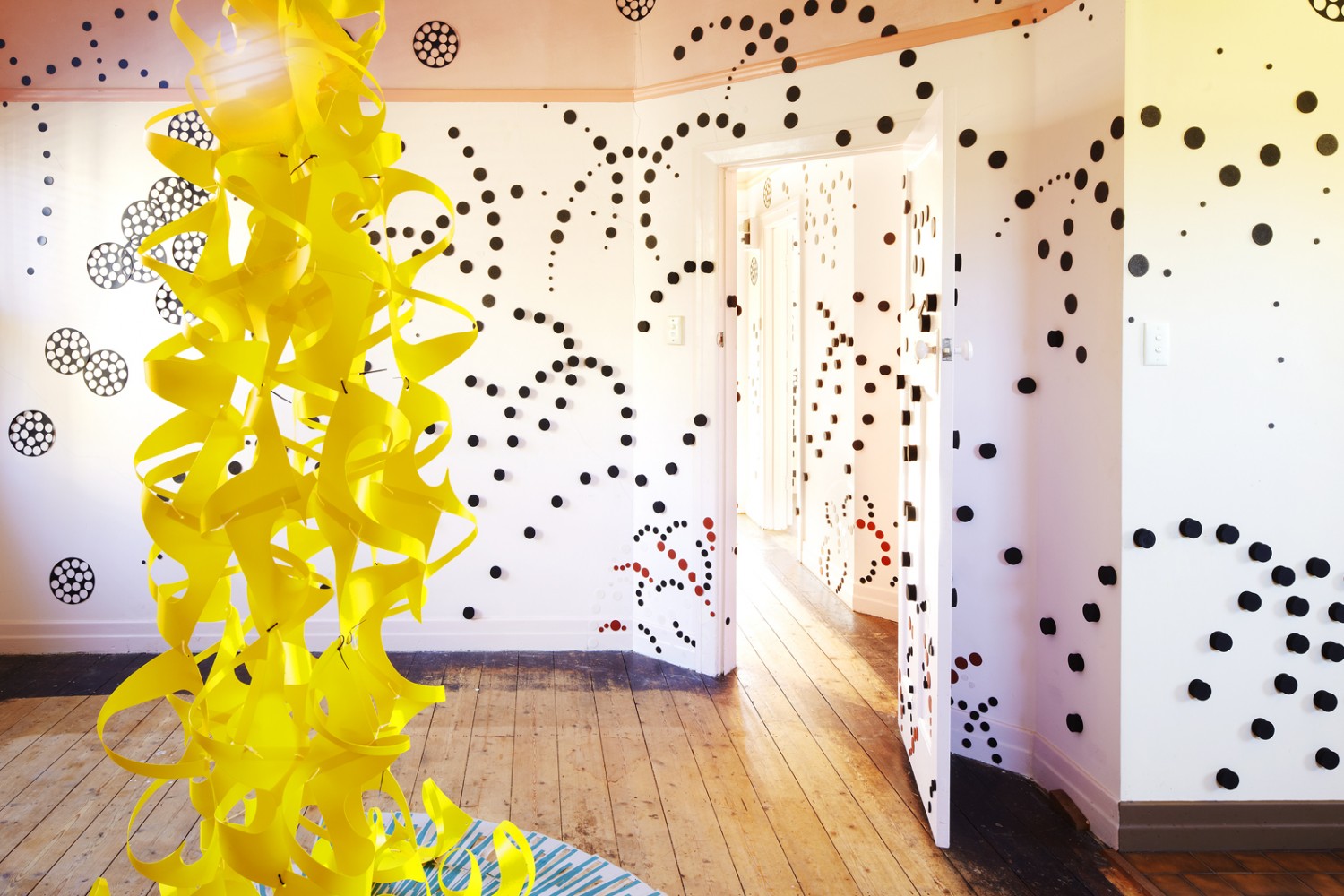 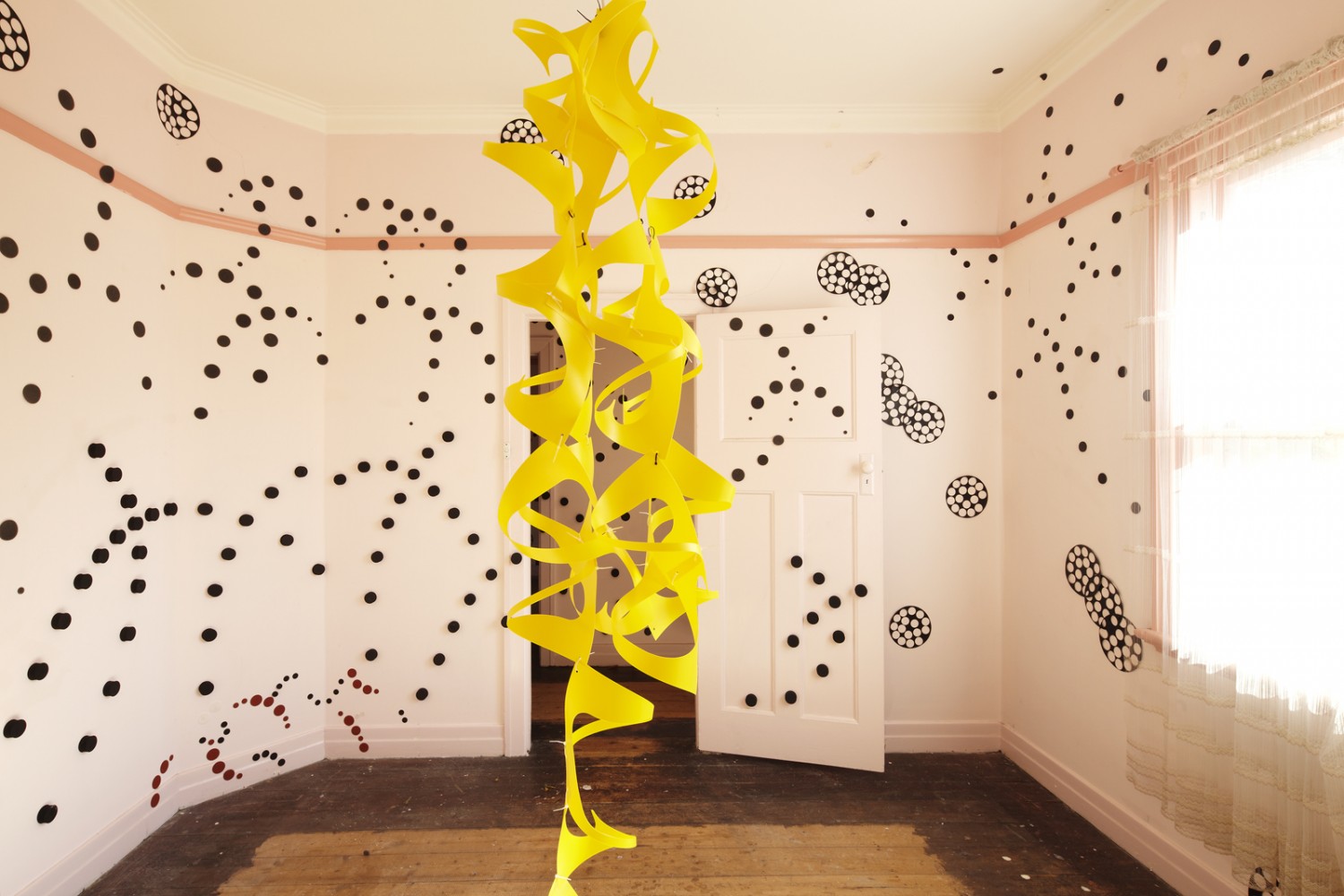 The sacred space of a dome provides a richness of pattern and detail that is easily lost in contemporary housing. The house, destined for renovation (by Studiobird) provided a rare opportunity to explore ideas of manipulating space without major construction.

In an era where many people are attempting to decrease their global footprint, an exploration of the bespoke through detailed manual design is a challenging but important exercise. Using entirely recycled materials, repetitive patterning techniques were designed and installed in this inter-war suburban bungalow in East Malvern.

The result of the re-use of familiar domestic and dome geometries throughout the house is the apparent dissolving of the walls, causing some loss of consciousness of the domestic space. The primarily black perforations are offset by vivid yellows and blues of the sculptured chandeliers affixed to each light fitting.

The pixelated patterns reference the fluidity of curved forms found within domed spaces. As a basic contemporary visual unit the pixel has become increasingly digital. We are interested in the flux state between manual and digital ideas, objects and experiences. Through densely handcrafted ornamentation that strongly reference digital origins everyday understanding of decor and interior is abandoned.

A sense of the baroque flourishes in this space as one feels drawn in by the movement and revolutions. This designed wonderment, hidden in suburbia, is at once both comforting and mesmerising. 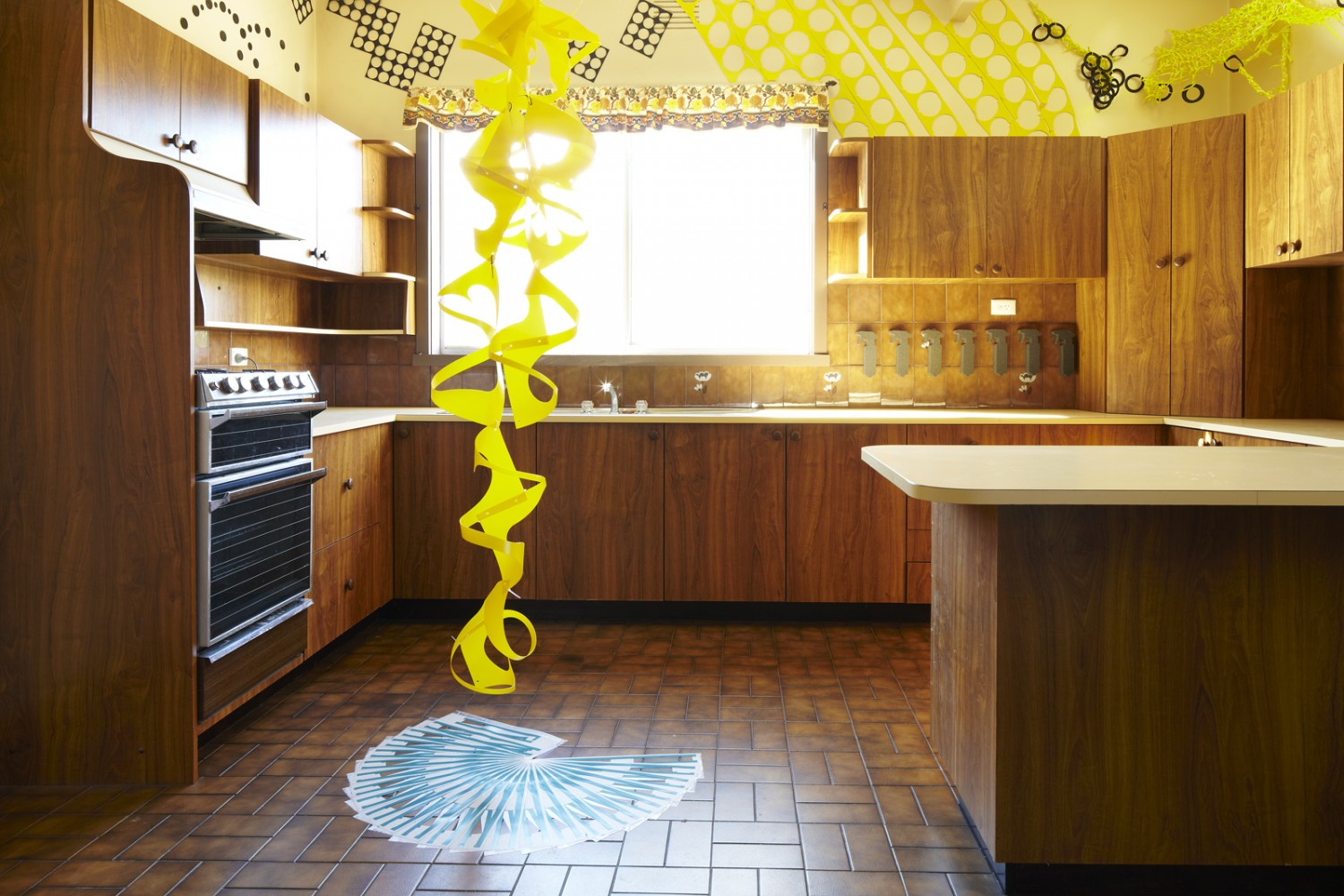 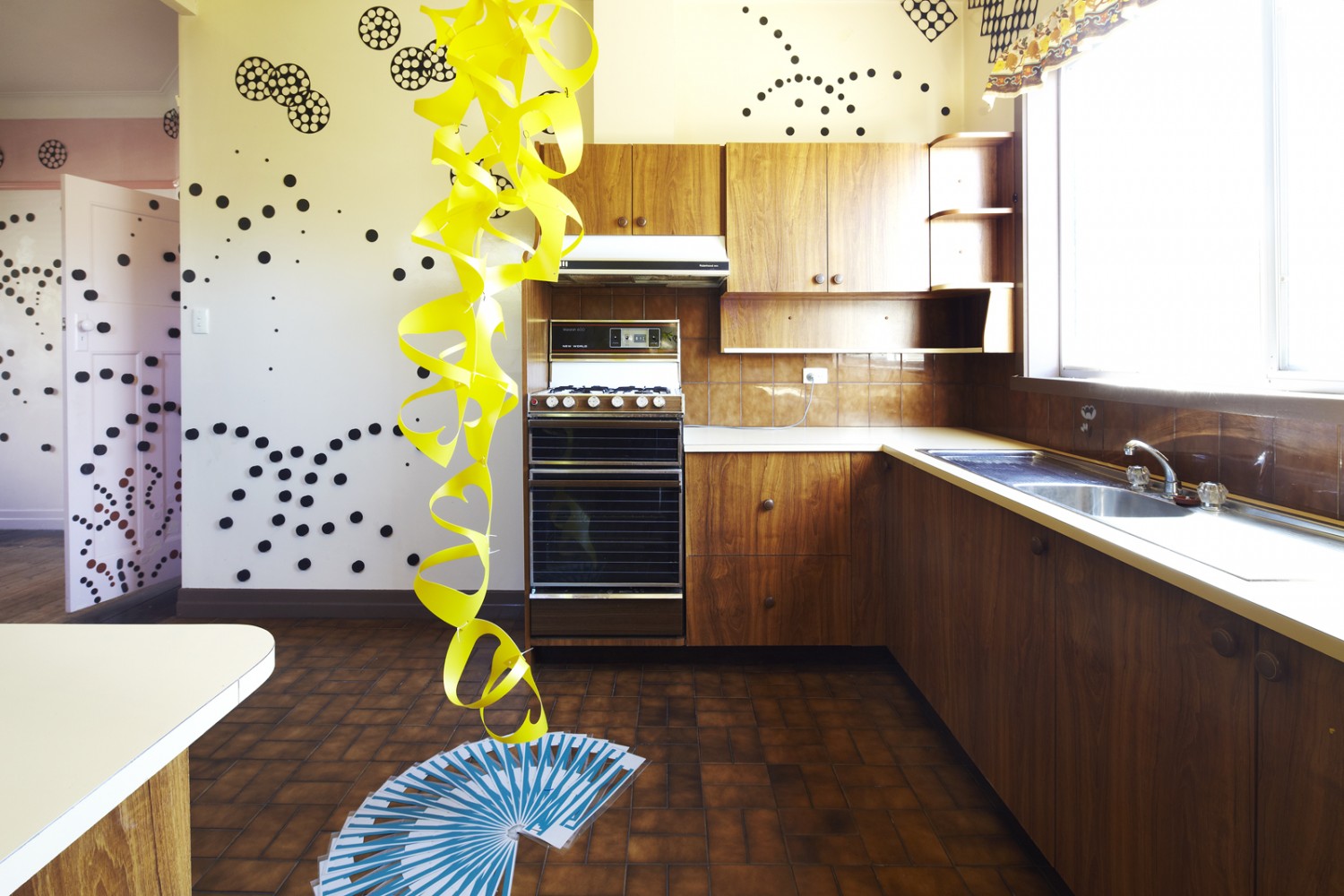 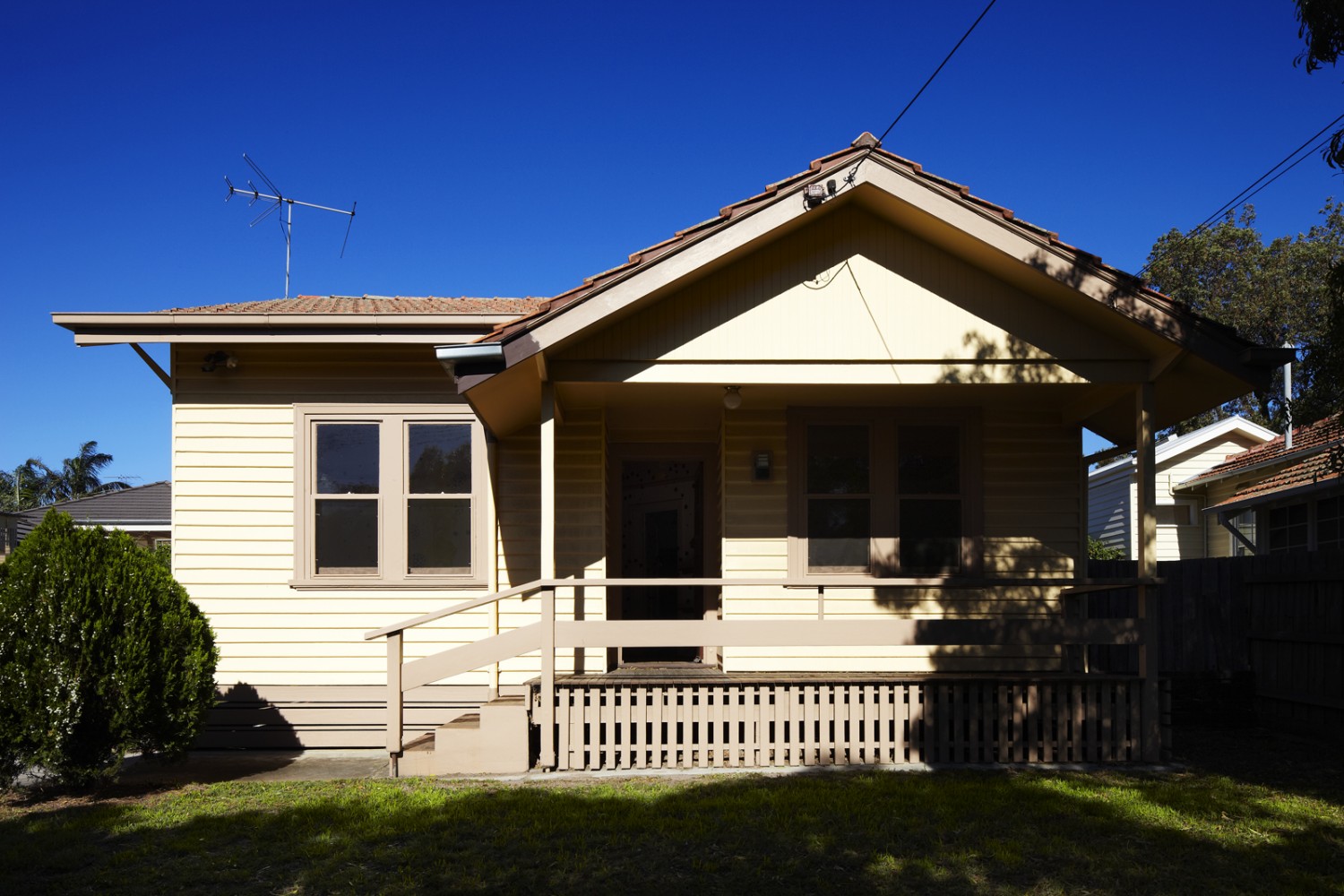 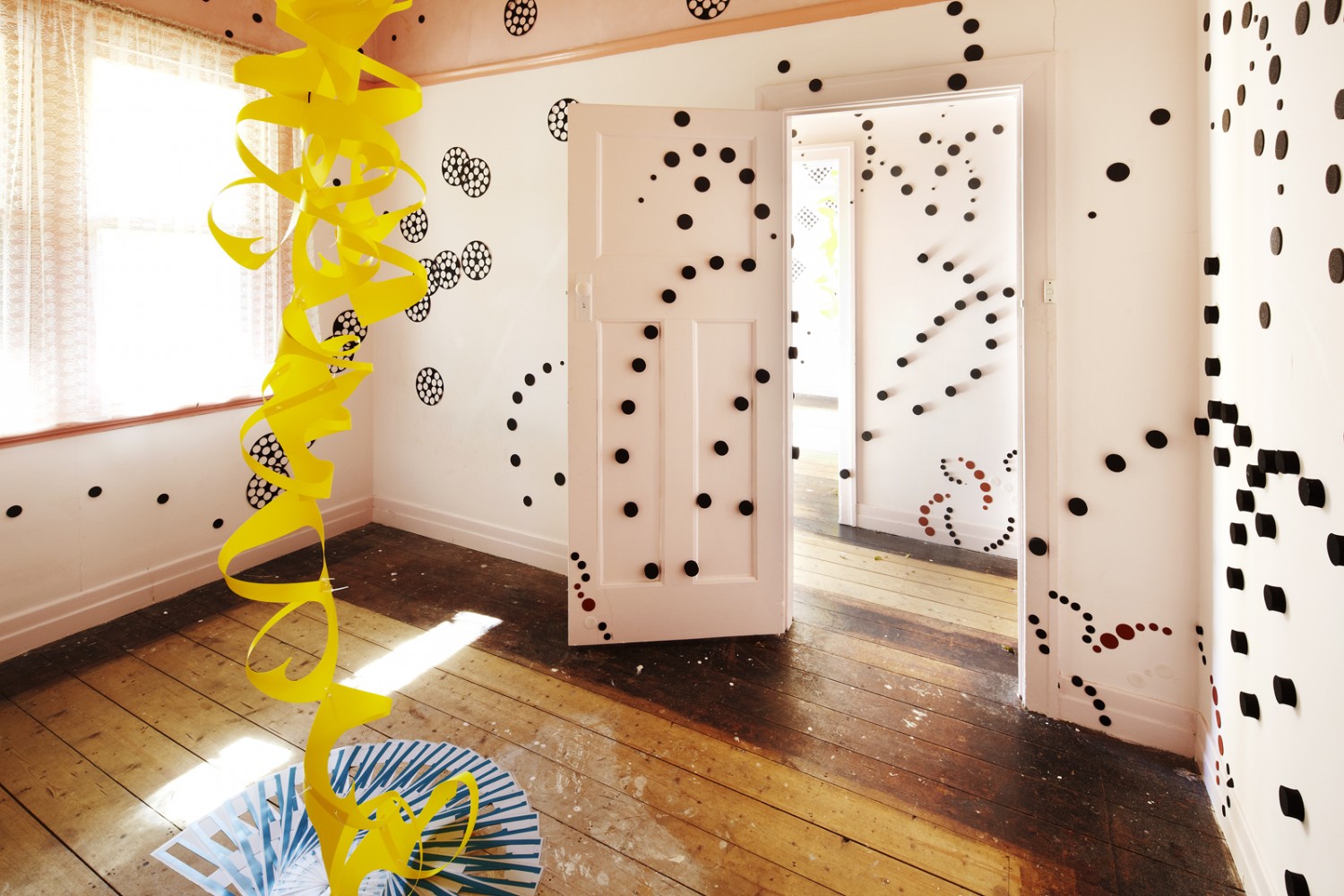 “Bird says that such large-scale interventions invest suburbia with a new wonderment. We say that if such wit and wild sculpture can be salvaged from the bin, then renovators on a budget would do well to review their rubbish.” 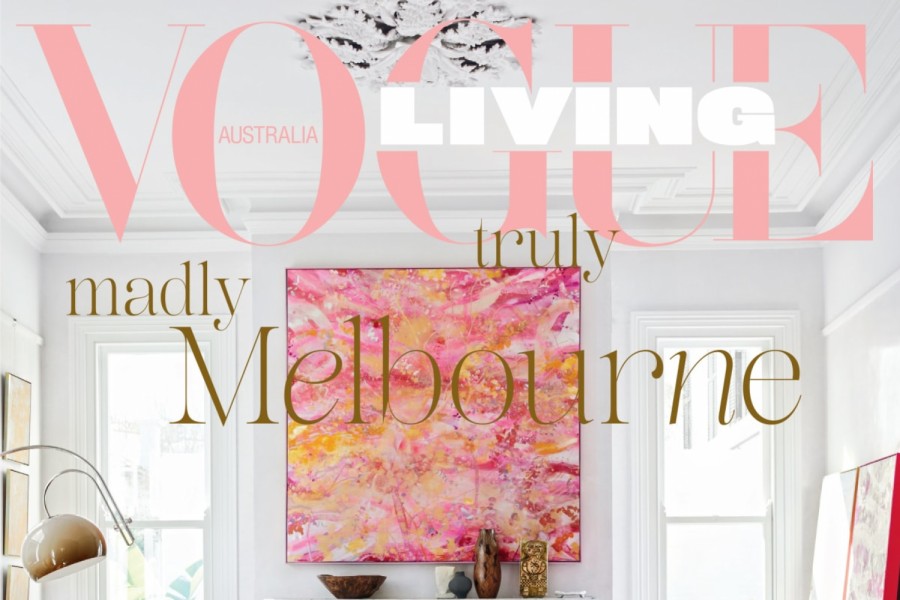 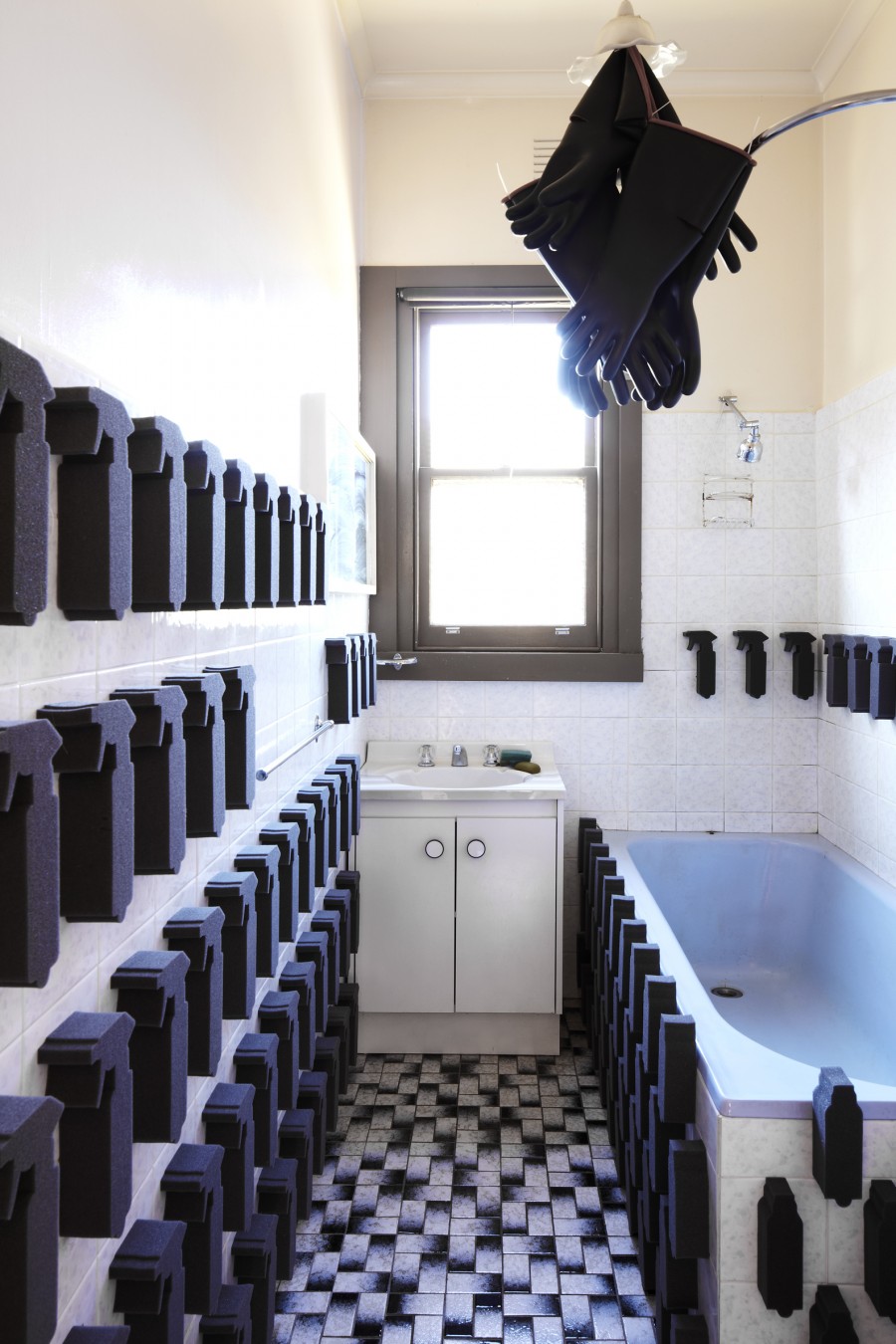 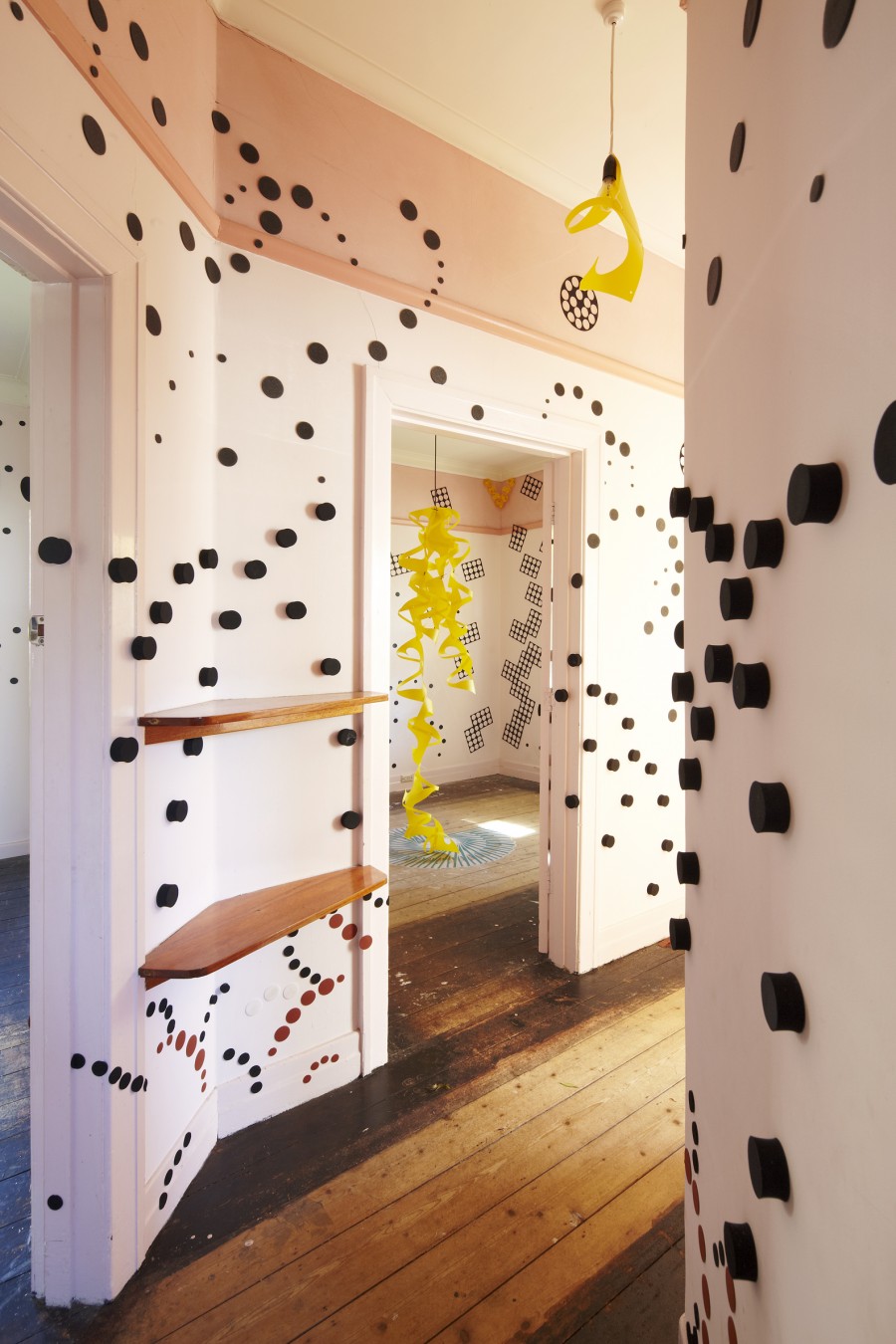 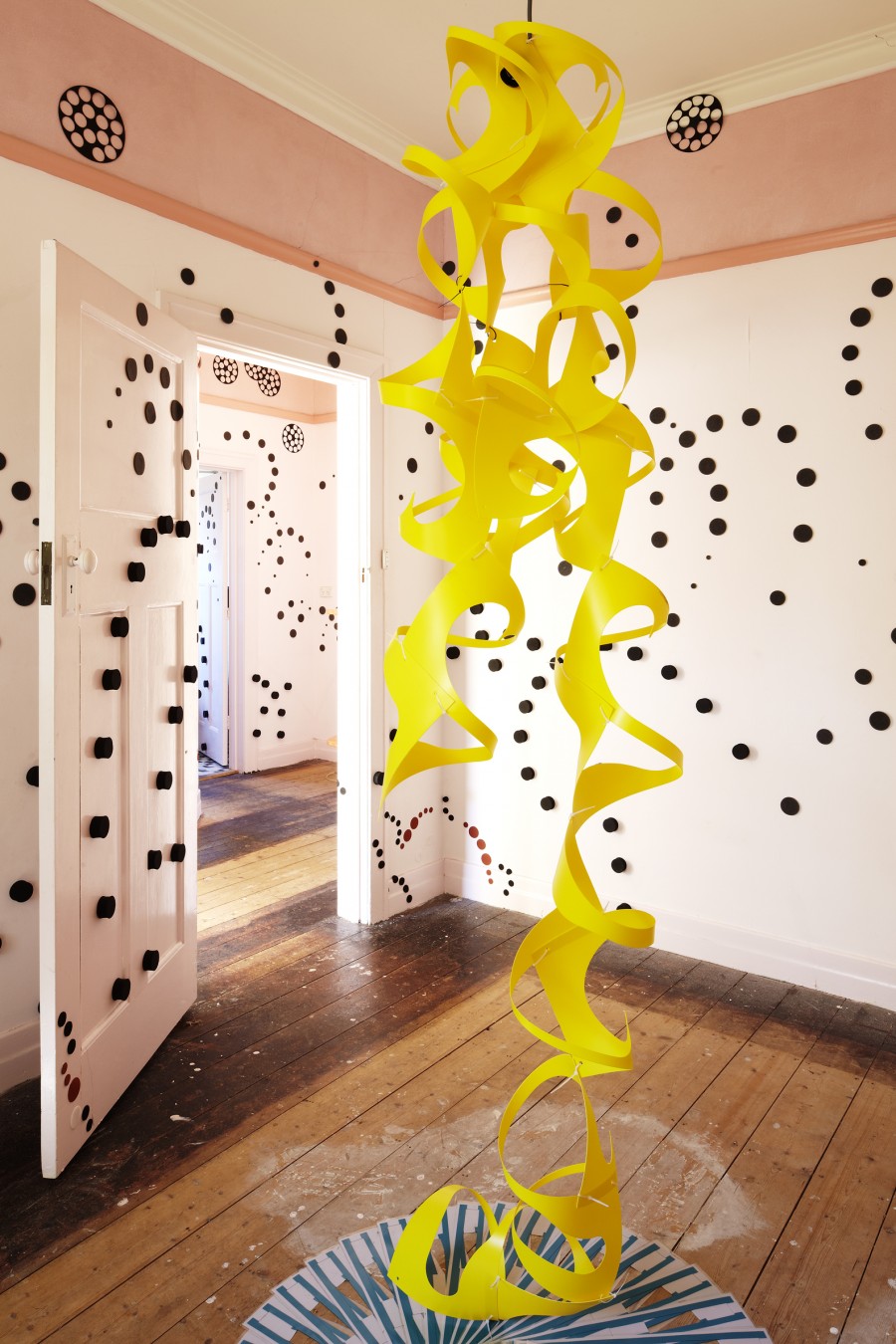 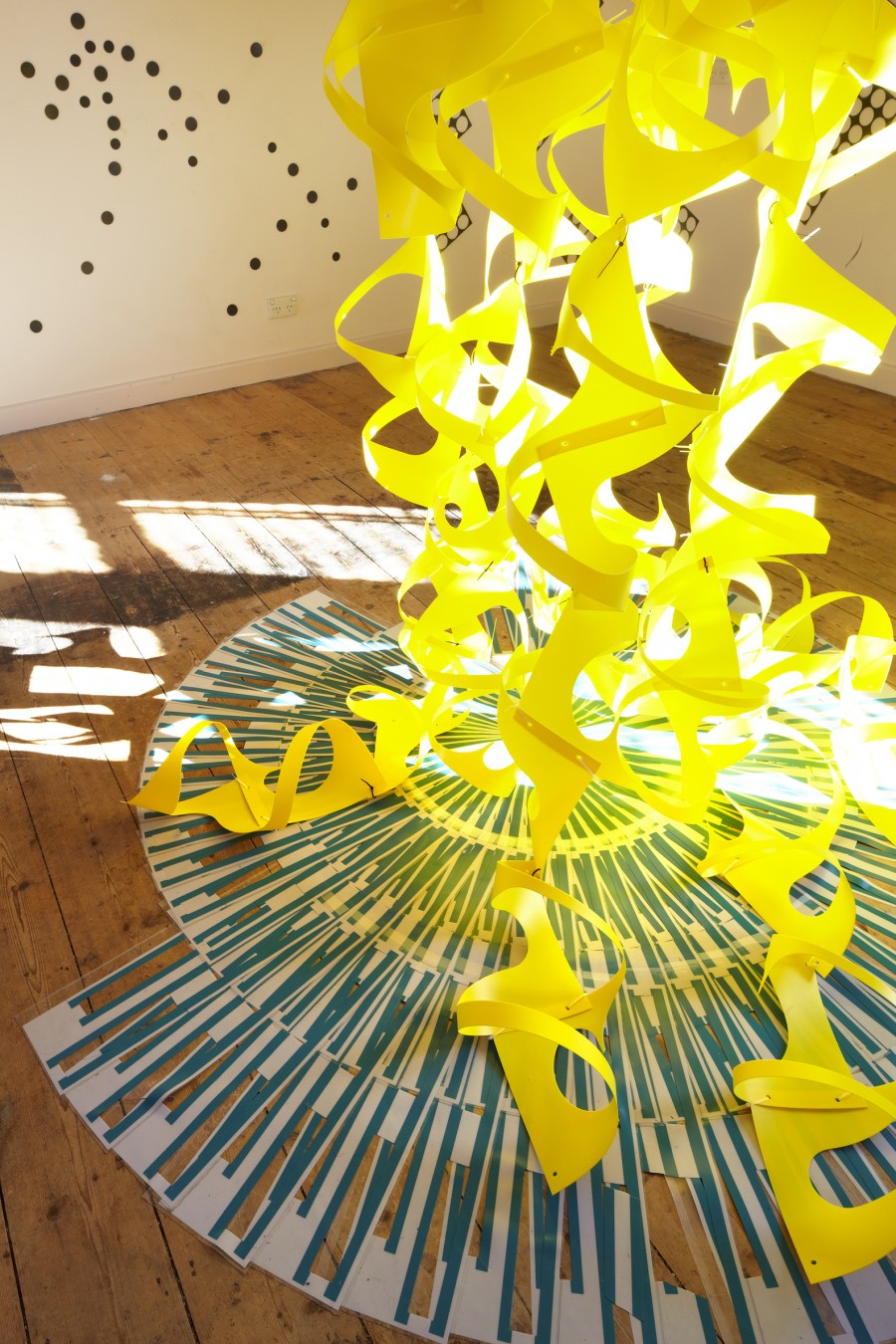 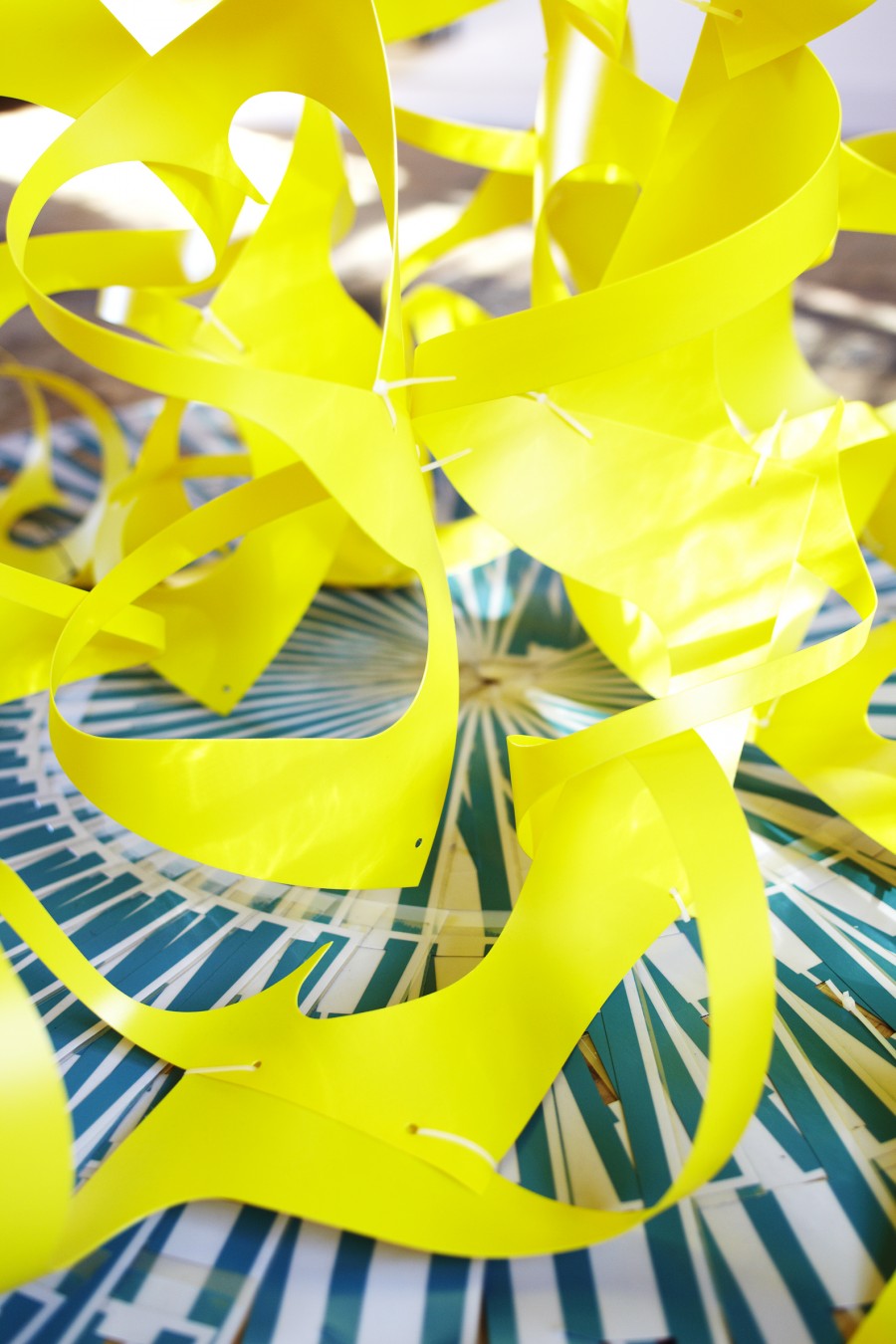 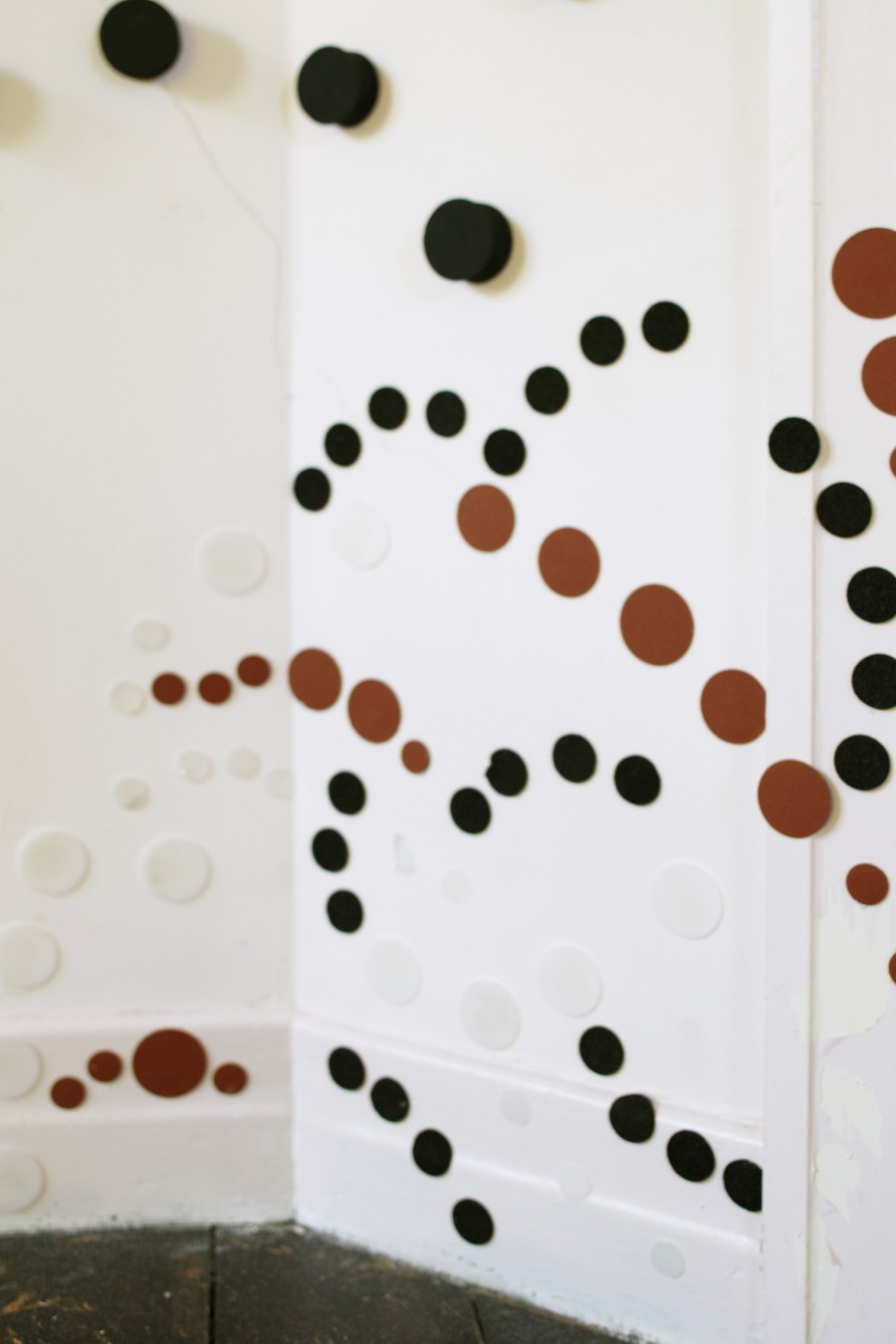 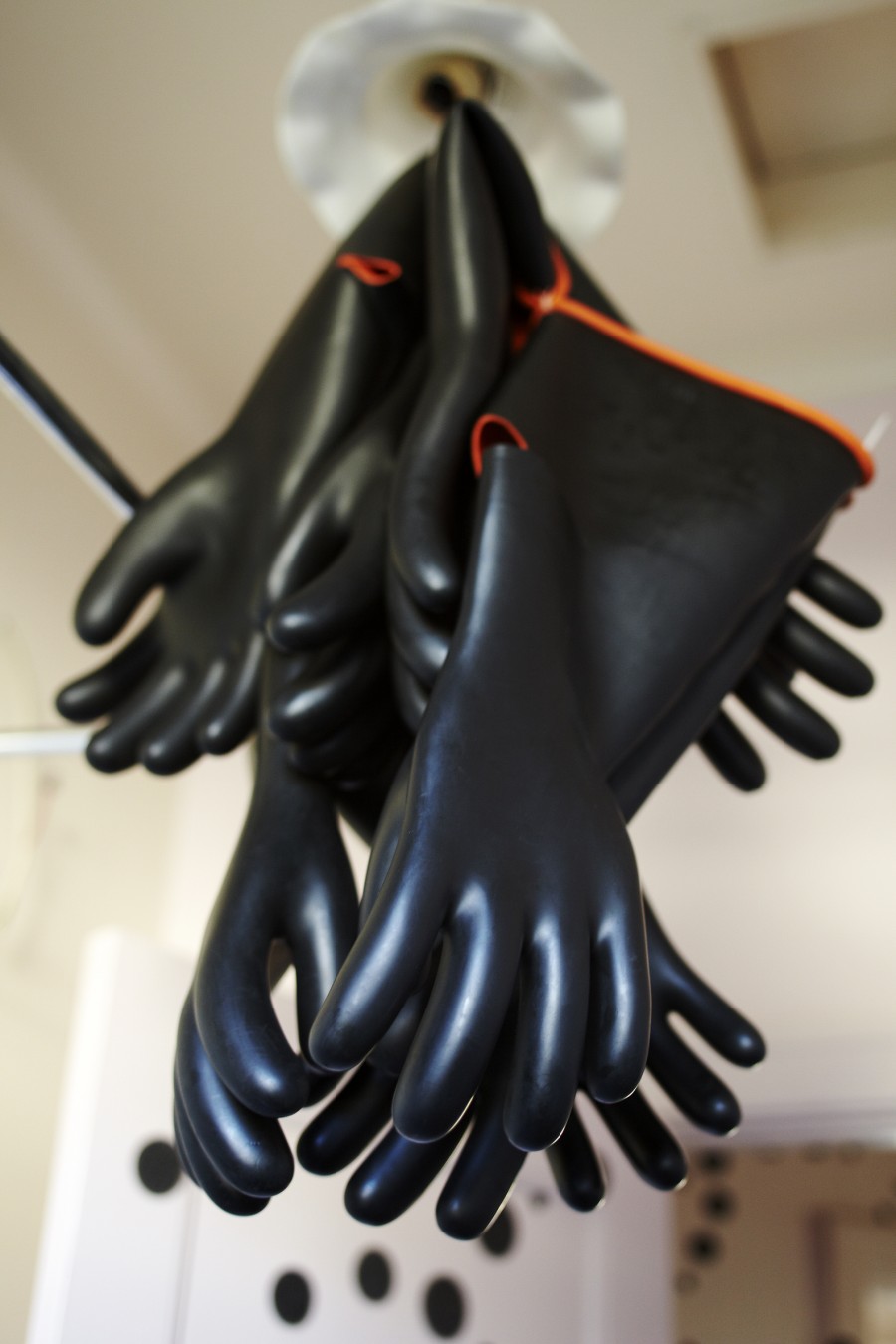 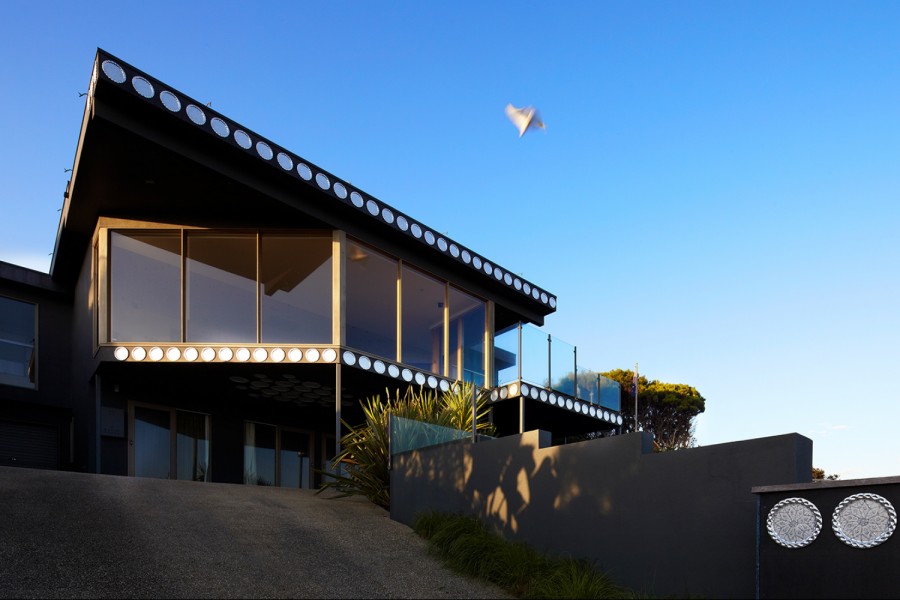