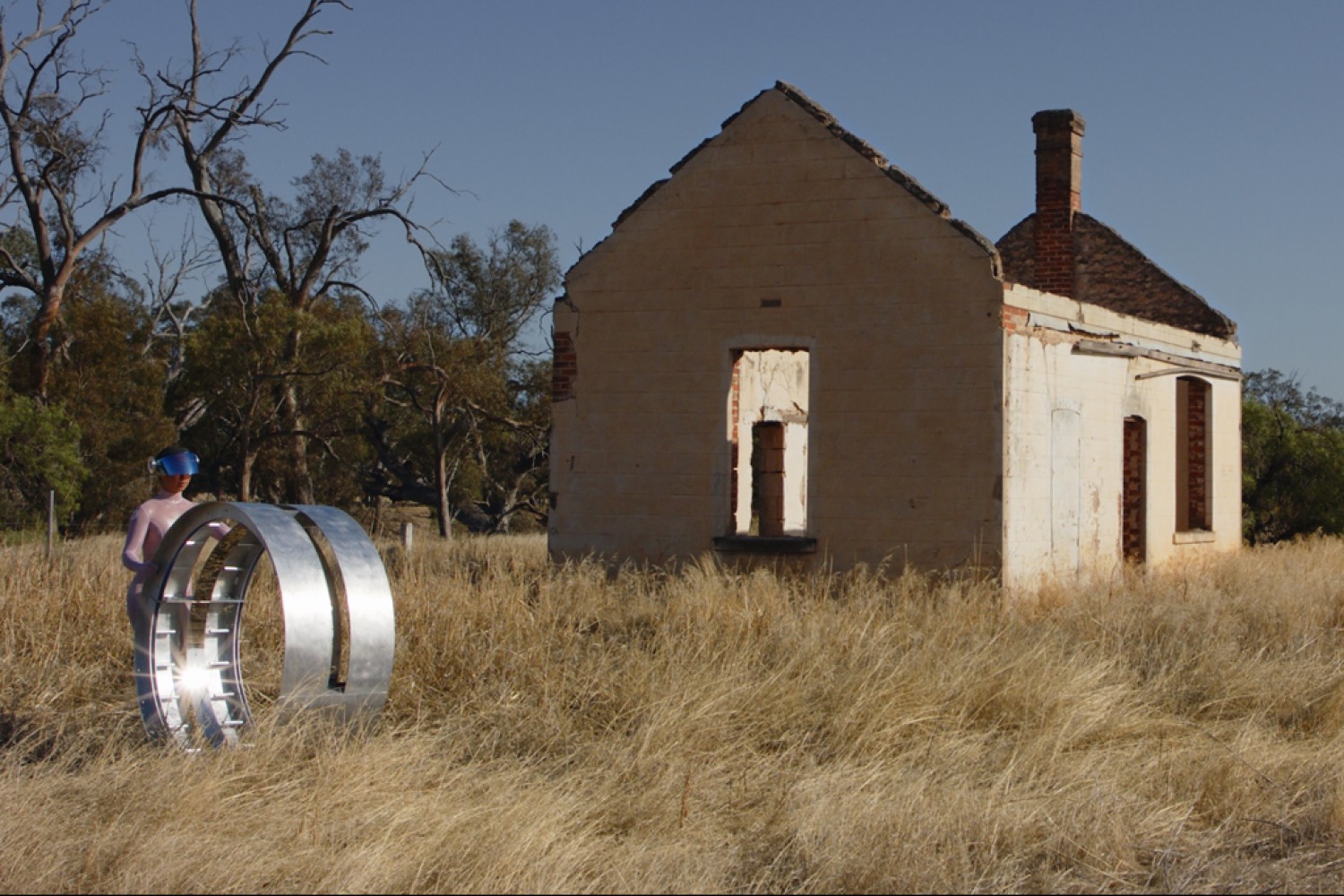 Iconic locations in the Wimmera-Mallee are the focus of a Melbourne-based artist’s abstract sci-fi short-film set to be released later this year. Monash University artist and architect Matthew Bird is hoping to display his 16-minute film ‘Parallaxis’ at Warracknabeal Town Hall when COVID-19 restrictions ease. Bird’s filming takes two ‘future characters’, played by Lilian Steiner and Ashleigh McLellan, across the vast landscapes of the Wimmera and Mallee.

Bird said he used four ‘highly recognisable’ places in the Wimmera and southern Mallee, including Murtoa Stick Shed and Murra Warra Wind Farm, as backdrops for his ‘psychological film’. The characters move across the land, pushing around large cylindrical instruments used to map and survey the land – appearing to gather data from the terrain.

Bird describes the film as ‘playing on the human need to understand our relationship to the people and places around us’. Earlier this year the film featured in the 2020 Adelaide International Festival – a showcase of theatre productions, musicians, dance pieces, writers and visual arts displays.

Bird said he was attracted to film in the Wimmera after his team of Monash University architects started a transformative art project on Warracknabeal’s heritage-listed courthouse. He said friends he made in Warracknabeal through the art project helped him to discover remote locations he would later use for his film project. “It gave me the opportunity to explore the region in more detail,” he said. “It’s not just the outcome of making it, but the process of making it was a joy. “It was amazing connecting with so many local people in the community, but also, the people I worked with physically, like the dancers and editors – it just all clicked.”

Bird said he gained permission from Antwerp farmer Tim Inkster to shoot the first scene of the film at the former site of iconic Australian producer, Bosisto’s. In the final scene, at Lake Tyrrell near Sea Lake, Bird uses drone technology to take shots which expand on the open landscape.

Bird said he hoped his filming would generate more public interest in the Wimmera and Mallee. “There’s phenomenal scenery, drawing attention to the incredible landscape, but also the history and the night sky,” he said. “We were just trying to draw out all of these phenomena in the film. “It was also a halfway point between Melbourne and Adelaide. I thought it could also be a good opportunity to show people this awesome location they should come visit.”

Bird said the film drew on the architecture and landscape of the region as means to ‘explore, navigate, hold and alter space’. “There’s a sharp contrast between Lake Tyrrell, this kind of sparse location, compared to the Murtoa Stick Shed, being within this archaic infrastructure and then suddenly you’re in the wind farm which is this phenomenal, kind of sci-fi, atmosphere,” he said. “It being filmed in an abstract way will allow the viewer to interpret it through their own experience. “It’s not a traditional narrative. It feels a bit unnerving – it’s more a documentary in a way of exploring the locations.” 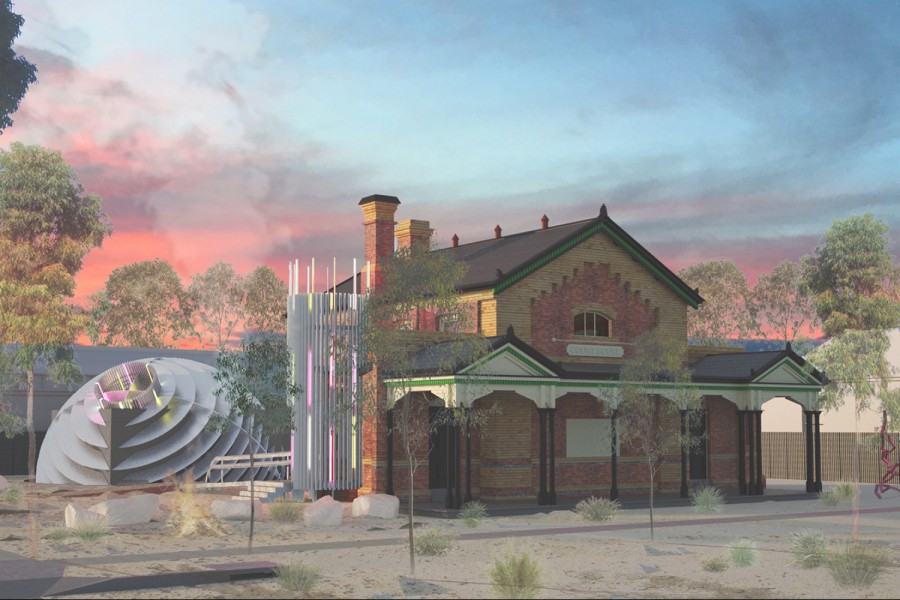